Report a problem with this listing

Family Mediation North East offers a safe, confidential and fair environment where separated couples can unravel and resolve disputes about issues such as contact with children, child maintenance and sharing of finances. We are qualified to work directly with children. We also assist in resolving disputes for families in Care Proceedings.

Why Choose Mediation?
• It is a cost-effective way to resolve disputes.
• It promotes positive communication between you and can help to reduce tension, anger and misunderstanding.
• It focuses on fair solutions. You stay in control of the decision-making.
• It is more likely to produce lasting agreements and create better outcomes for children than court-imposed decisions. 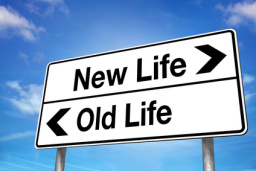 Testimonials are curated by Family Mediation North East and are not independently reviewed or verified.

""FMNE helped enormously and ensured we were calm, organised and made swift progress.""

""It would have been impossible for us to sort this out on our own and we did not want the formality or expense of solicitors at this stage.""

""Brilliant service that works better than the courts with positive results.""

"Made the process of separation easier. Helped clarify ways forward in terms of financial arrangements and the kids. Gave me some structure and focus, particularly when we agreed to timescales."

""Helped me communicate with my ex partner which helped make seeing my daughter easier.""

"Allowed me to be heard"

""FMNE supported the conversation allowing me to heard. The process created a communication channel which allowed for regular access with our daughter and gave me the ability to voice my concerns and ask questions.""

""Mediation enabled face to face contact in a safe and structured setting, where points of issue were sought and discussed. Both parties had a chance to say what they felt needed to be said.""

"Allowed us to move on"

""At the most difficult of times the mediation felt so important and allowed us to begin moving on.""

Is this your business?!